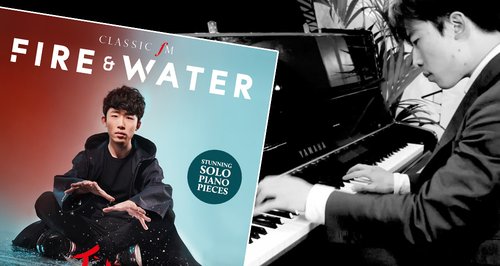 For the second week, the top three albums in the Classic FM chart are all non-movers. Meanwhile, Voces8 latest album, Equinox, enters at no. 4, while Ji Liu’s Fire and Water enters at no. 5. This week’s highest climber, the soundtrack for Blue Planet by John Williams, is up fourteen places from no. 22 to just inside the top ten at no. 8.

In the middle of the chart, there is a lot of reshuffling, but no major changes. Another notable high climber is Ramin Djawadi’s score for Game of Thrones: Season 7, which climbs ten places from just holding onto it’s place in the chart at no. 29 to no. 19. Just behind at no. 23 is this week’s biggest faller, Fire on All Sides by James Rhodes, which entered the chart last week at no. 5 but this week see’s itself down eighteen places. Finally, there are two new entries and one reentry at the lower end of the chart. Star Wars: A New Hope - 40th Anniversary Box Set enters at no. 26 and music of Schubert at enters at no. 27, while just behind at no. 28 is a reentry from Max Richter with his album Sleep.