Classic FM Chart: Game of Thrones jumps to No. 2 and Einaudi’s new album enters the chart 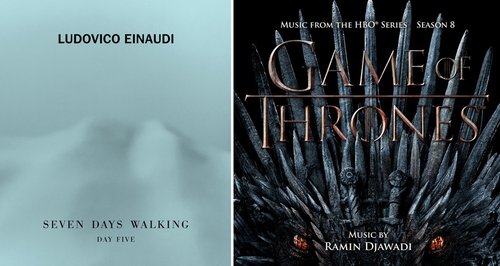 Pavarotti, Music from the Motion Picture, holds fast at No. 1 in the Classic FM Chart week.

But there’s an unexpected guest at No. 2 in the shape of Ramin Djawadi’s music for Game of Thrones Season 8, which has jumped up 19 places following the HBO boss’s response to fans demanding a remake of the final season (it’s not good news, btw).

Elsewhere, there’s a new album from Ludovico Einaudi at No. 4, along with three reentries from 2Cellos, The Three Tenors and Braveheart towards the lower end of the chart.