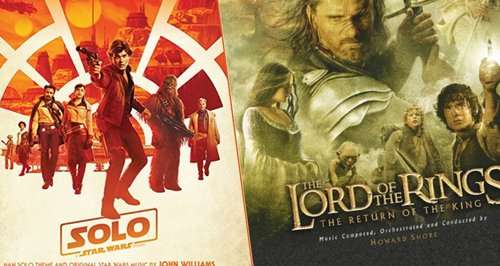 Two film scores re-enter the chart in the top 10 and Einaudi takes the No. 1 spot.

Einadi's Islands has been climbing steadily to the top of the chart and reigns king this week at No. 1. The Top 10 still contains some firm favourites, including The Real Classical, Alexis Ffrench's album Evolution, and Inspiration by Sheku Kanneh-Mason.

Lord of the Rings – Return of the King soundtrack by Howard Shore re-enters the chart this week and has shot to No. 2. The John Williams score to Solo – A Star Wars Story also re-enters at No. 6.