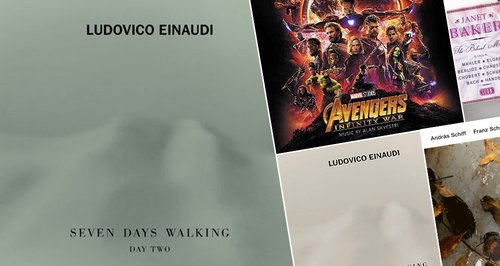 The second installation in Einaudi's Seven Days Walking series enters the chart at No. 1, alongside two new entries and two re-entries.

Ludovico Einaudi is no stranger to the Classic FM Chart, and this week, he has claimed an astonishing eight places in the chart thanks to the arrival of his new album, Seven Days Walking – Day Two.

His new album is the second in a series of seven, released over seven consecutive months. Seven Days Walking – Day One sits at No. 1, and Einaudi's ever-popular album Islands stays high at No. 5 in the chart.

Vikingur Olafsson's piano album Johann Sebastian Bach has jumped back into the chart at No. 6, and Alan Silvestri’s soundtrack to Avengers - Infinity War re-enters at No. 24, as the sequel Endgame arrives in cinemas.