Classic FM Chart: Einaudi knocks Lord of the Rings off the top spot 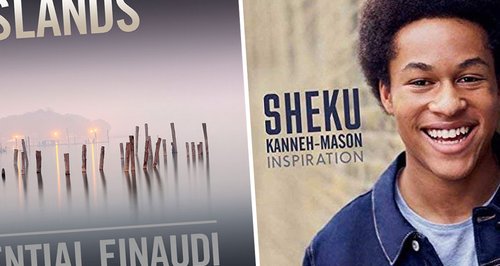 After just one week in pole position, Howard Shore's soundtrack for The Two Towers is unceremoniously displaced by Ludovico Einaudi.

No stranger to the top of the charts, Einaudi's massive-selling Islands compilation made short work of Howard Shore's reign at no. 1 (and sending it back down to no. 22).

Elsewhere in the top 10, there are new entries at nos. 4 & 5. Firstly, Classic FM's new compilation The Classics You Know serves up some big hits from the classical canon, but also tells you where you know them from (for example, Barber's Adagio for Strings becomes 'that one from Platoon').

At no. 5, a new entry from 15-year-old Elan Catrin Parry, the young singer who charmed the nation on ITV's This Time Next Year with her remarkable voice, who has now signed to Decca for her debut release.

No more new entries in the chart this week, but there is a welcome return for Max Richter's increasingly legendary reworking of Vivaldi's Four Seasons, sneaking back in at no. 30.