Classic FM Chart: Einaudi stays at no. 1 and is joined by an incredible 9 new entries 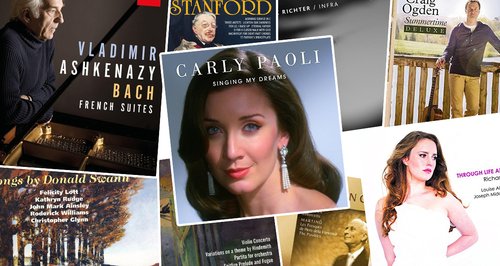 Both Einaudi’s Islands and Rupert Gregson Williams’s soundtrack for Wonder Woman are non-movers in this week’s Classic FM Chart, holding on to the top two spots. Meanwhile, the rest of the top ten has had a major reshuffle, as it is disrupted by an amazing five new entries. Carly Paoli’s Singing My Dreams and Craig Odgen’s re-release of Summertime enter the chart at no. 3 and no. 4, pushing Peaceful Piano down to no. 5. At no. 6 this week is Max Richter’s Infra and at no. 7 is the new album from Trinity College Choir. Einaudi’s Elements has also been pushed down to no. 8 by the new entries, meanwhile The 50 Greatest Pieces of Classical Music manages to hold onto it’s place at no. 9, but the Czech Philharmonic Orchestra’s new Janacek and Martinu recordings are not far behind at no. 10 as the fifth new entry.

There are a further four new entries in the rest of the Classic FM Chart, bringing this week’s total to a staggering total of nine: Songs by Donald enters the chart at no. 21, at no. 22 is Walton’s Violin Concerto, Through Life and Love is at no. 23 and finally Vladamir Askenazy’s recordings of Bach’s French Suites enters the chart at no. 25. To add to the list of new additions in the Classic FM Chart this week, there are also two reentries - the first is Andrea Bocelli’s Cinema at no. 15 as well as the soundtrack to Poldark at no. 27.

Finally, there is not a stand-out highest climber this week due to all the new entries, however the biggest faller this week is Hans Zimmer: The Classics which stays just inside the top 30 after falling 17 places from no. 12 to no. 29, meanwhile Einaudi’s In A Time Lapse and Andre Rieu’s Love In Venice both also fall 10 places each.