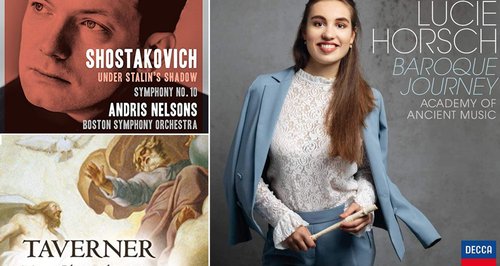 There has been no change in the top five this week: Andrea Bocelli, André Rieu and Einaudi still remain the firm favourites.

There have, however, been two new entries in the top 10, jumping in just behind the top five at Nos 6 and 7. At No. 6 is Baroque Journey, a recorder album by Lucie Horsch and the Academy of Ancient Music. At No. 7 is Shostakovich: Under Stalin's Shadow recorded by the Boston Symphony Orchestra under Andris Nelsons.

Other new entries include Taverner: Missa Gloria Tibi Trinitas by Contrapunctus at No. 17, John Brunning's Drive Discovery last week, Haydn No. 7: Gli Impresari, the latest album release of the Haydn 2032 project at No. 27, and Purcell: Birthday Odes / Elizabethan Lute Songs by countertenor James Bowman at No. 30.