Classic FM Chart: Bocelli stays at No.1 ahead of Aled Jones and Russell Watson 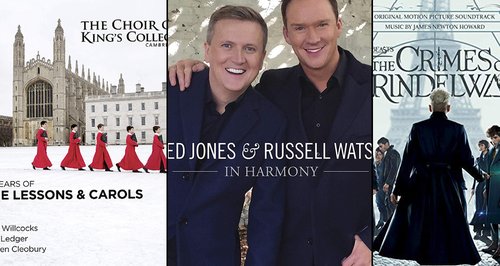 Andrea Bocelli's album 'Sì' stays at No. 1, even with an influx of new albums in the top 10.

Andrea Bocelli dominates the chart for the third week in a row with his new album Sì.

Two new releases follow at No. 2 and 3: In Harmony by Aled Jones and Russell Watson and a compilation album, The Ultimate Classical Collection, from UMOD. James Newton-Howard's new film soundtrack Fantastic Beasts – The Crimes of Grindelwald has also entered the chart at No.8.

Following the Armistice Centenary this week, The Armed Man – A Mass for Peace by Karl Jenkins has re-entered at No. 19.