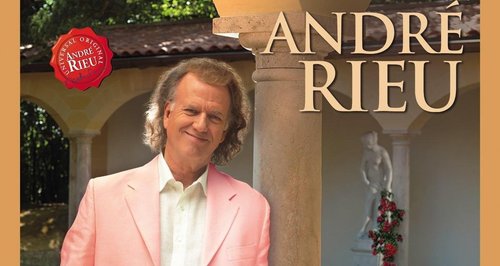 André Rieu’s reign in the Classic FM Chart did not dwindle over the Christmas break - he has stormed the Classic FM Chart with a staggering nine entries, all while holding onto the no. 1 spot with his latest album, Amore. Star Wars: The Last Jedi has meanwhile entered the chart at no. 2, while The 50 Greatest Pieces of Classical Music re-entering at no. 3. Classic FM presenter Alexander Armstrong’s latest album, In A Winter Light, has fallen two places from no. 2 down to no. 4, closely followed by Islands which has crept four places up over the festive period. One Voice: Believe by Classic FM presenter Aled Jones has also fallen three places from no. 3 to no. 6, and is joined by two re-entries at no. 7 and no. 8 - André Rieu’s Magic of the Violin and Music for Mindfulness. No. 9 is this week’s highest climber - Star Wars: The Force Awakens - up twenty-one places from no. 30, and finally Hans Zimmer’s soundtrack for Dunkirk is the final top ten entry.

There are several re-entries in the rest of the chart, plus two new entries, including Tippet Symphonies at no. 14 and Stephen Hough playing Debussy at no. 21.