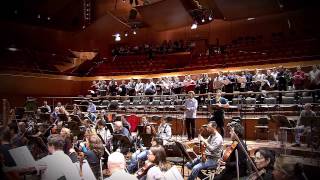 Verdi's epic of Ancient Egypt makes a strong new entry at No.3.

There's no change for the No.1 and No.2 spots in this week's Classic FM Chart but at No.3 there's a magnificent new recording of Verdi's Aida, made in Rome. Sir Antonio Pappano once again proves his mastery of Italian opera while the singers led by Anja Harteros and Jonas Kaufmann do justice to every facet of their roles.

Harteros and Pappano re-enter the Chart lower down at No.19 with their recording of the Verdi Requiem. And there's hubble bubble, toil and trouble at No.14 as Jed Kurzel's soundtrack to the new film of Macbeth makes its chart debut.