These five pieces have never reached No.1 in the Classic FM Hall of Fame – but you could change that 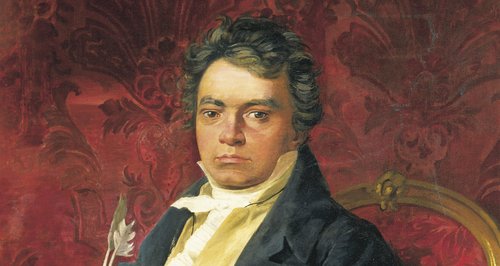 Mozart was the most popular composer in last year’s chart – but he’s only ever reached the coveted No.1 position once, back in 2006. And Beethoven – poor Beethoven – has never had a piece at the top of the chart. Do you think it’s time to change that?

Here are five pieces that we can’t believe have never reached the dizzy heights of number one in the world's biggest poll of classical music taste.

The fact that Elgar has never reached number one is frankly ridiculous. 'Nimrod' from the Enigma Variations is regularly mooted as an alternative national anthem and this wonderful British masterpiece surely deserves to be higher than No.4, where it finished last year.

Vote for the Enigma Variations here

2 Fantasia on a Theme by Thomas Tallis by Vaughan Williams

VW’s incredibly popular The Lark Ascending has been at No.1 an incredible six times. But what about his Fantasia on a Theme by Thomas Tallis? Arguably even more hauntingly beautiful than the Lark. See what you think:

Vote for the Fantasia on a Theme by Thomas Tallis here

3 The ‘Emperor’ Piano Concerto by Beethoven

It seems strange that the composer with the second highest number of pieces in the Hall of Fame’s should never have reached No.1. Poor Beethoven. He wrote one of the greatest piano concertos of all time, what more can we ask of the guy? Surely this one deserves your votes.

If the Enigma Variations aren’t your cup of tea, how about Elgar’s heart-rending Cello Concerto? Every cellist has to face this piece eventually and it has the power to create classical stars.

Vote for the Cello Concerto here

5 The Ninth Symphony (‘Choral’) by Beethoven

In the very first year of the Hall of Fame, this masterpiece reached No.5 but since then it’s fallen as low as No.17. Last year it managed to galvanise support to reach No.7 – but this revolutionary symphony surely deserves its moment in the limelight.

Vote for the Ninth Symphony now