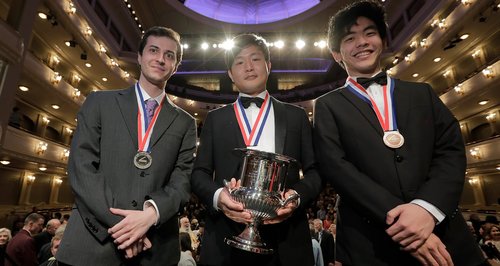 The 2017 Cliburn Competition has just come to an end in Fort Worth Texas and the top prize has gone to Yekwon Sunwoo from South Korea.

He wins a cash prize of $50,000, three years’ management – including US concert tours, a recording partnership with Decca Gold, and promotional support.

The silver medal was awarded to Kenneth Broberg, 23, from the United States while the bronze medal went to Daniel Hsu, aged 19 and one of the competition’s youngest pianists.

Also in the final – and awarded $10,000 each – were Yuri Favorin, Rachel Cheung and Georgy Tchaidze.

The only woman to reach the final, Rachel Cheung, won the Audience Award, as voted by more than 20,000 people via cliburn.org.