This choir filmed a profoundly moving tribute to the Hillsborough victims 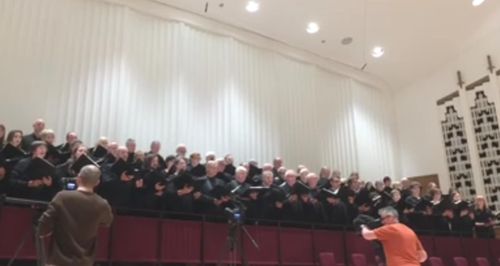 As a moving tribute to the 96 victims of the disaster,the Royal Liverpool Philharmonic Choir’s performed ‘You’ll never walk alone’ from Carousel.

The iconic song from Carousel has been an anthem for Liverpool FC fans since the 1960s.

On the day that an inquest jury found that the 96 victims of the Hillsborough disaster had been unlawfully killed, the Royal Liverpool Philharmonic Choir filmed this moving tribute: