An orchestra filmed some of their musicians in super-slow-motion: the results are staggering 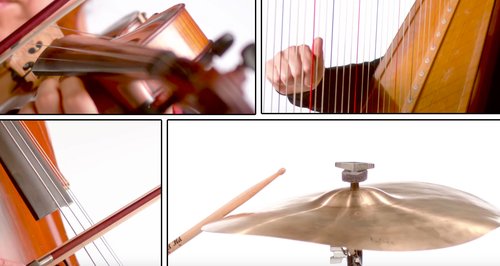 Snare drum, cymbal, harp and strings all look stunning when they’re slowed down.

Ever wondered what it would look like to see the vibrations on the surface of a snare drum as it’s hit? Wonder no more!

As you can see, it’s mesmerising stuff. Who would’ve thought hitting a cymbal would make such a weird pattern of shapes?

The Toronto Symphony Orchestra released this video to promote their forthcoming Science @ The Symphony shows.