‘There are 3,000 works for left-hand alone – so there’s certainly enough to be getting on with’ – Nicholas McCarthy 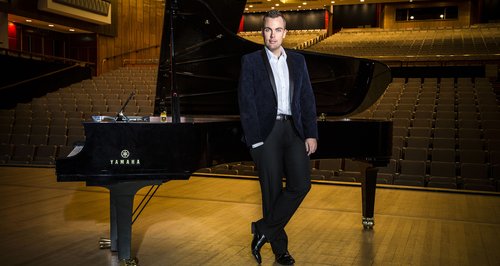 Nicholas McCarthy is the only left-hand alone pianist to have graduated from the Royal College of Music.

Ahead of a concert at the Royal Albert Hall’s Elgar Room on 7 March, we spoke to him about the importance of continuing the tradition of left-hand alone piano music.

“Left hand piano music started around the 19th century when pianists would sometimes use a left-hand alone piece to finish their concerts, saying: ‘you thought I was good with one hand, you wait and see what I can do with one hand’.”

Much of the left-hand alone repertoire was commissioned by Paul Wittgenstein, who lost his right arm in the First World War.

“It was really thanks to him that I have a career today because I now have access to ths wonderful wealth of repertoire,” said Nicholas. “People think it’s a small repertoire, whereas in fact that are about 3000 works for left-hand alone. So there’s certainly enough to be getting on with.”

Nicholas has also spent his career commissioning new works for left-hand alone. He recently ran a composition competition and he’ll be performing the winning piece at his concert on 7 March, in the Elgar Room at the Royal Albert Hall.