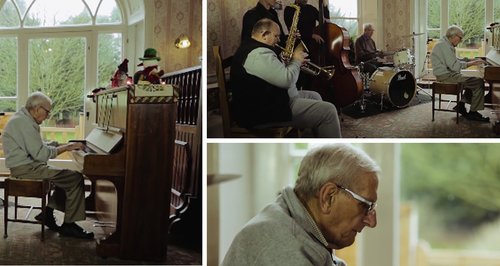 Care home resident and jazz pianist Edward Hardy wanted to do the thing he loved the most - play music with other people.

With the help of one of the care home’s employees, Hardy placed an ad on Gumtree asking for musicians to get in touch. The response was overwhelming.

80 people in the local area reached out, but the biggest surprise came when three of his own former bandmates got in touch, 35 years after the last time they’d played together.

Hardy now suffers from dementia, and told SWNS: “It is amazing so many volunteers have come forward to help me make music and it is marvellous that I have also been reunited with my old band.”

“I have missed playing and when I do play now it makes me feel better and young again.”