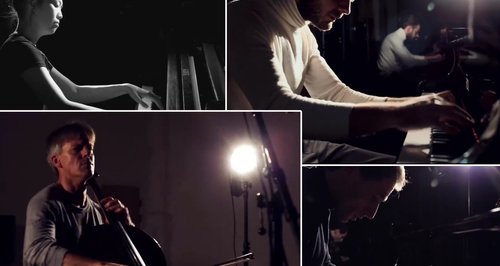 Ever wondered what goes on behind-the-scenes at a recording session? These films by the company A Fly on The Wall get up-close and personal with some of the very best musicians, as they record…

An up-close look at the virtuosic Suggestion Diabolique:

One of Rostropovich's flashiest and rarely performed pieces – captured on film.

A spot of jazz in a break at a recording session: