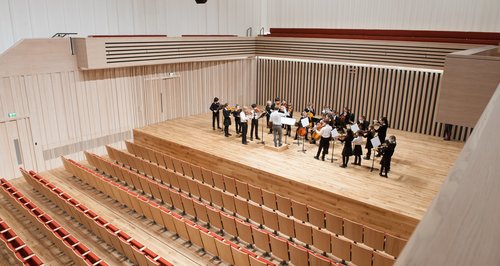 Sir Mark Elder and Director of Music at Chetham's School of Music, Stephen Threlfall, directed a host of superb musicians in a specially-formed orchestra of alumni, staff and friends during the Opening Celebration Concert.

Alun Jones and His Royal Highness, Prince Edward, Earl of Wessex, Patron of Chetham's School of Music, at the Royal Opening Celebration Concert at The Stoller Hall. (c) Sara Poter

The £8.7m concert hall, situated in the centre of Manchester, boasts a 482-seat acoustically immaculate auditorium perfect for a variety of ensembles and genres: from chamber music, choirs and full-scale orchestras, to contemporary and jazz music, comedy and spoken word. 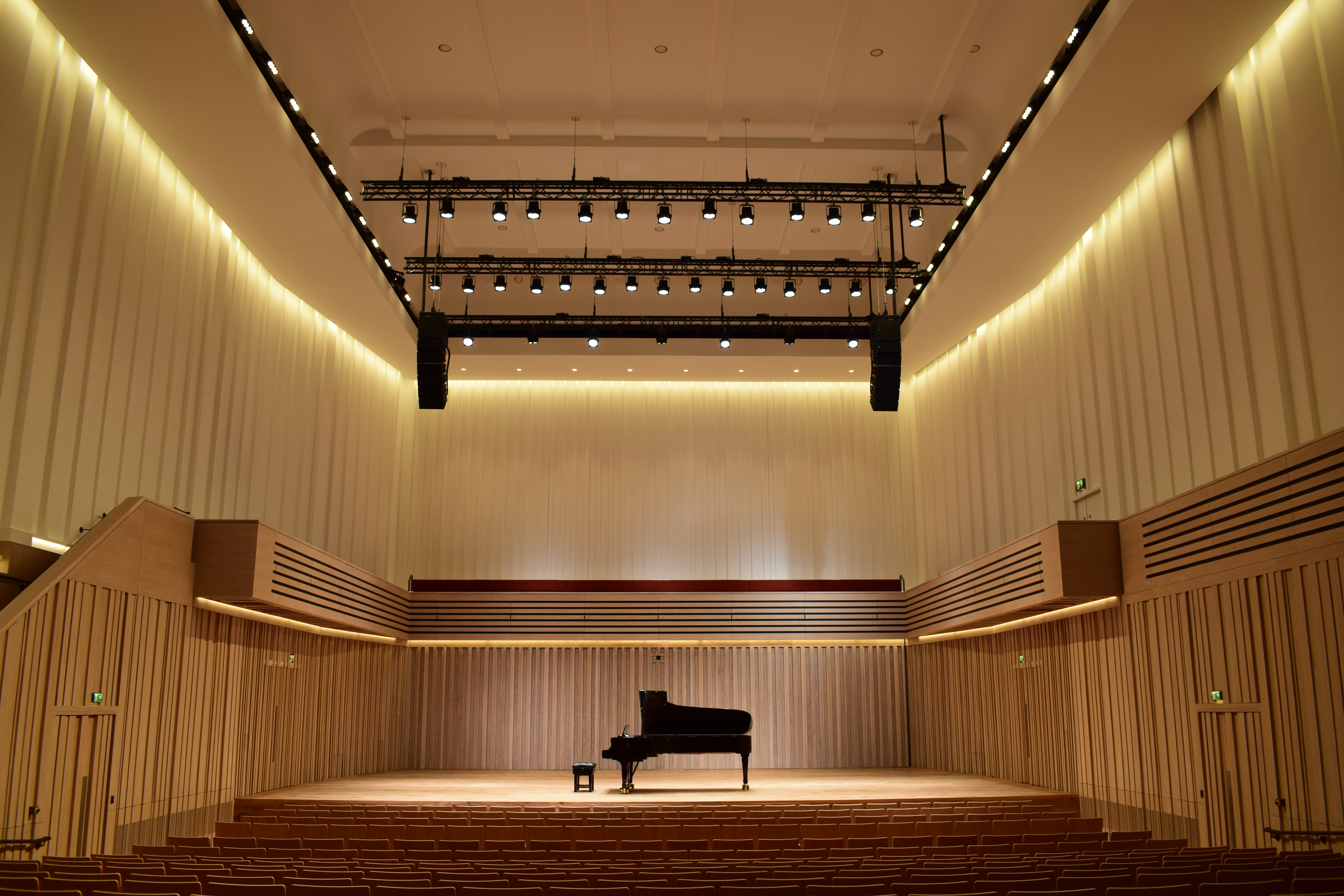 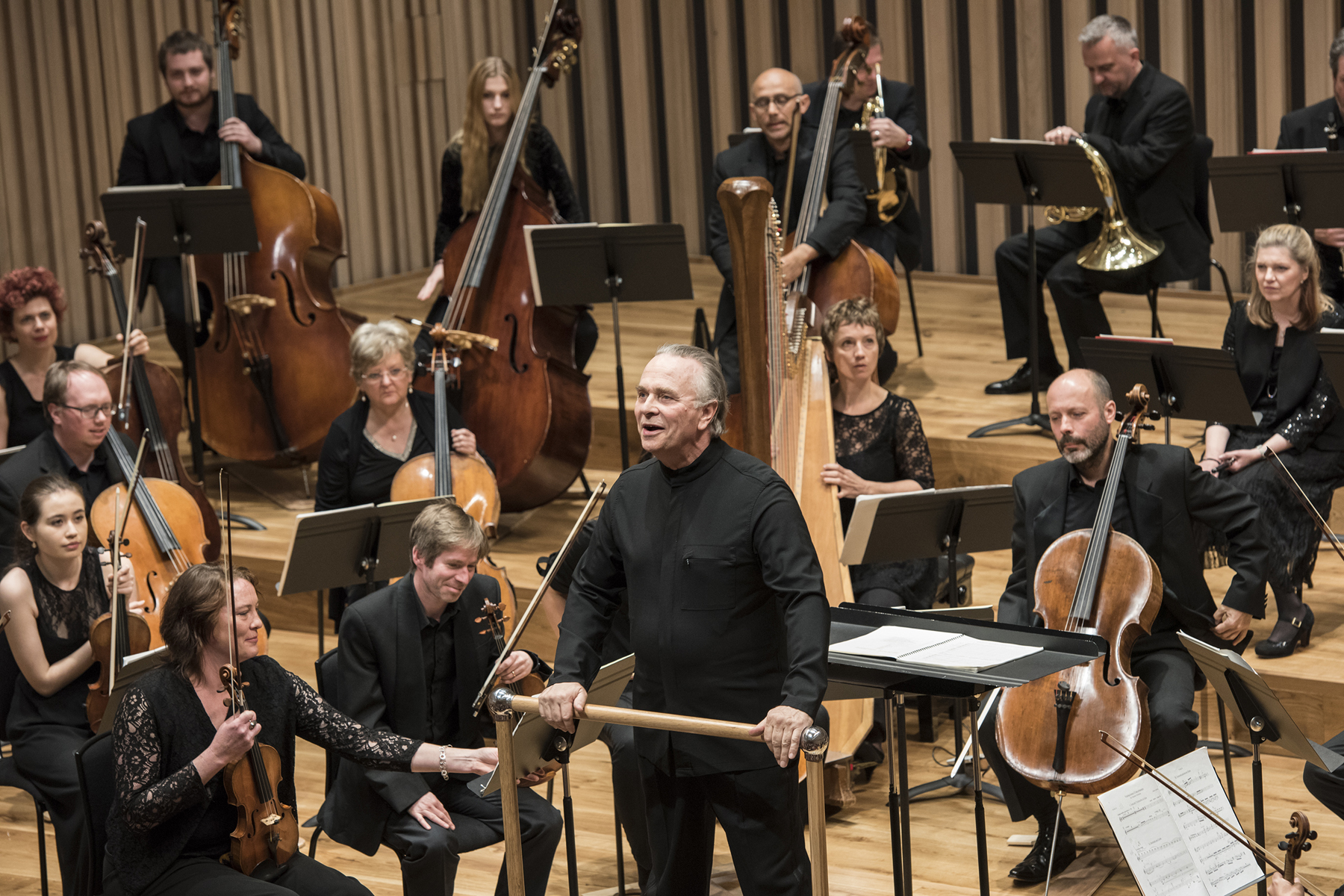 The hall also happens to have a state-of-the-art moving stage. See a time-lapse of the stage expanding here.

Sir Mark Elder spoke to Classic FM about the acoustics of The Stoller Hall and the importance of listening to the sound:

You can hear how versatile the hall is by listening to violin student Coco Inman playing Bach, and comparing it to the orchestra rehearsing Ginastera’s Variaciones Concertantes with Sir Mark Elder:

Find out more about The Stoller Hall here and watch the full interview with Sir Mark Elder on the importance of music education here.