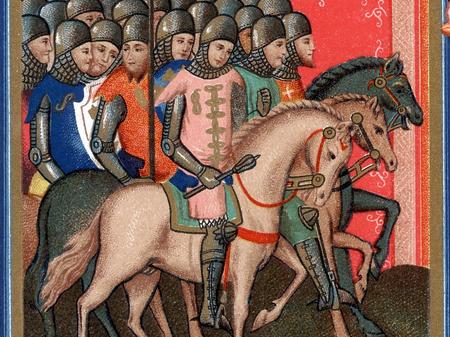 George is thought to have been adopted by soldiers as their patron saint after stories that appeared to the Crusaders at the Battle of Antioch in 1098. Other tales returned home with the returning Crusaders and when Richard I was in Palestine in 1191, he put the army under the protection of St George.