This image appears in the gallery:
Cutting-edge sounds: what is classical music's iPhone 5? 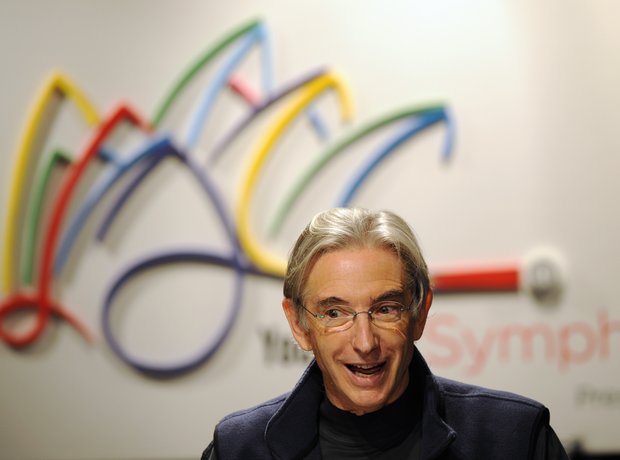 A great example of classical music reacting to the possibilities of technology came in 2008 when the first open auditions for an orchestra formed entirely via YouTube were announced. Since then, concerts have followed, pieces have been commissioned and the live stream of their Sydney Opera House concert was the largest YouTube stream ever. Here's their conductor, Michael Tilson Thomas.

What do conductors actually do? Sir Simon Rattle has the answer.

Who is Tyler Butler-Figueroa? Meet the 11-year-old cancer survivor violinist on AGT