This image appears in the gallery:
Wimbledon 2014: Classical music and tennis 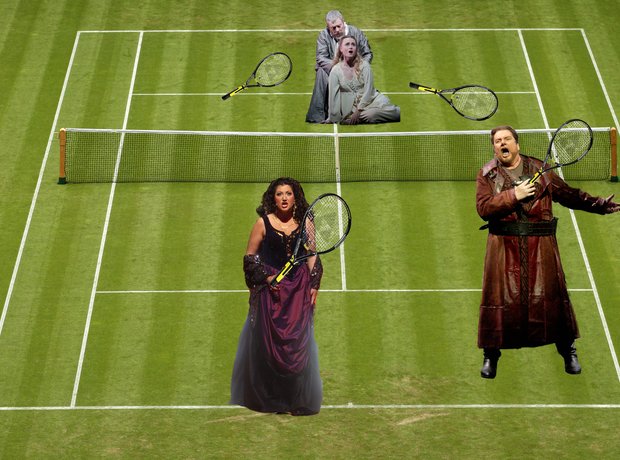 Seventeenth-century Italian-born French composer Jean-Baptiste de Lully hired a tennis court to stage a ‘tennis’ opera called Pomone by Cambert (jeu de paume is the French forerunner of tennis). He was so enamoured by it, he built his own opera theatre temporarily around the court and performed a limited run of the opera. In 1672, he went into partnership with designer Carlo Vigarani and together they built a new theatre at the Bel Air tennis court on the Rue de Vaugirard where he staged the first tragédie en musique: Cadmus et Hermione, produced in 1673.