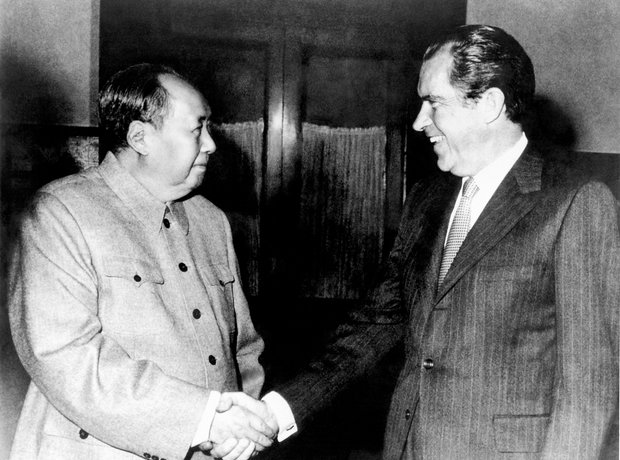 Californian minimalist composer, John Adams is best known for works including Short Ride in a Fast Machine, On the Transmigration of Souls and the choral piece he wrote to commemorate the victims of the 9/11 attacks for which he won the Pulitzer Prize. This isn't the only time Adams has set contemporary events to music. He also recounted Richard Nixon’s 1972 visit to China (pictured) in his opera Nixon in China, and more recently featured Robert Oppenheimer, the Manhattan Project, and the building of the first atomic bomb in Doctor Atomic.