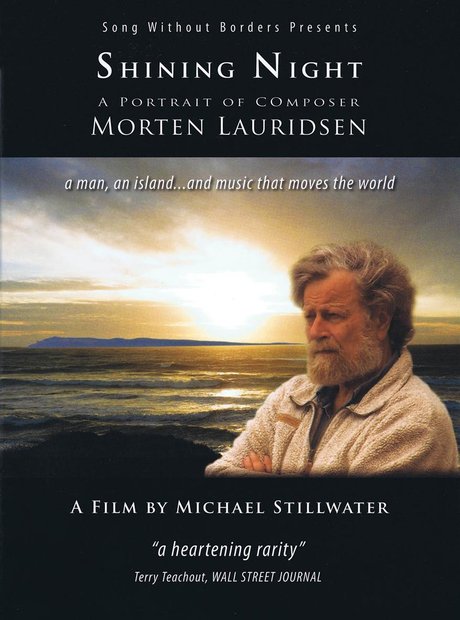 Lauridsen’s fantastic body of work, which includes O Magnum Mysterium, Contre Qui, Rose and Dirait-on has made him the most-frequently performed American choral composer. Born in Washington State in 1943, he moved south to study composition at the University of Southern California in the early 1960s. He still teaches there to this day, splitting his time between the university and Waldron Island off the coast of Washington State where he writes in a converted general store. The 2012 documentary film Shining Night: A Portrait of Composer Morten Lauridsen (DVD pictured) follows the composer from his Waldron Island retreat to rehearsals in California and Scotland.