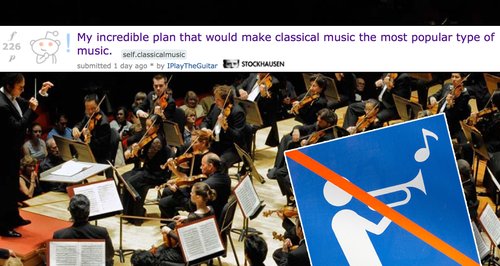 A Reddit user has come up with a method that might just turn the tide for classical music in popular culture. And it’s delightfully evil.

Well, because of the democratic power of the internet, someone’s come up with an audacious but possibly ingenious way to bring classical music back from the brink.

It was posted by Reddit user IPlayTheGuitar and has caused a huge amount of debate, some serious and some… not. Take a look here.

Would this wacky theory work, do you think? Let us know in the comments below.