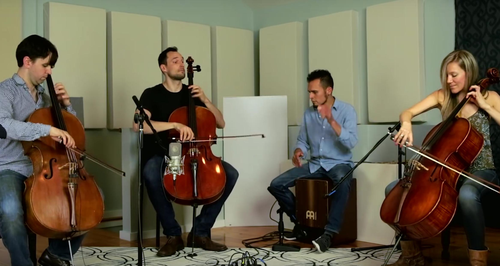 You may remember that we like Radiohead quite a lot. Well, how nice that the super cello ensemble Break Of Reality seem to like them too - they’ve recorded an amazing cover of Radiohead’s surprise comeback single, ‘Burn The Witch’.

But rather than just do a straight cover, they’ve somehow made it more hypnotic, dispensing with the col legno on the original and really going for those hammering motifs.