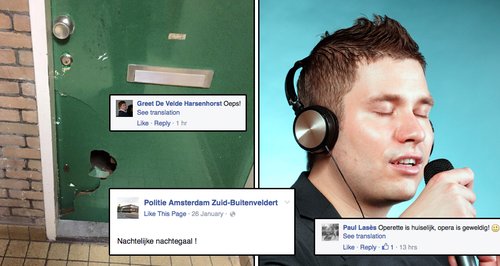 Rehearsing opera singers everywhere were given a warning this week when police in the Netherlands kicked in the door of someone merely singing opera with their headphones on.

The incident, which took place on Tuesday evening, was reported by the Amsterdam Zuid-Buitenveidert police force’s Facebook page.

The damage inflicted on the door is visible in the picture:

“At that time the resident comes to the door. Turns out he's only in the place to be. The occupant was good listening to music with headphones on and was singing along with an opera.”

The identity of the singer in questions remains unknown.