This is why fast food restaurants play classical music at night 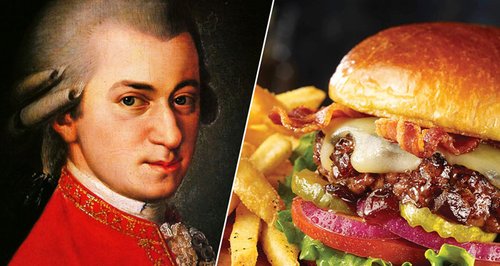 Classical music makes everything better. Including those moments of ravishing hunger, when all you crave is a cone of salty chips and the greasiest meat-based item on the menu.

Why do junk food restaurants play classical at night?

Playing classical music in the late hours of the day appears to be part of the mass fast-food chain effort to combat rowdy behaviour in their branches. The soothing sounds of Chopin and Debussy are said to create a calming atmosphere and encourage more acceptable conduct among customers.

The trend began when McDonald’s customers in Liverpool, Cambridge, Huddersfield, Swansea, Southampton and London were reporting instances of a Wagnerian accompaniment to their late-night burger and chips.

McDonald's then confirmed it was their intention to feature classical playlists, to put an end to anti-social behaviour. The Stockport branch of McDonald's have long been a fan of this idea, with councillor Philip Harding hoping that “[customers] would disperse as it’s not their scene.”

Is it a good idea?

So there are a couple of possible interpretations of this approach. Firstly, the fewer people hanging about, the more room there is for classical lovers to indulge in some wraps n' Rhapsodies. And secondly, we can't think of a more perfect amalgamation than quick, tasty food accompanied by our favourite Brahms Piano Quartets.

But realistically, will classical music lovers really turn to McDonald's for an audio experience? Seems unlikely. And while classical music can often be relaxing, it can also be as aggressive as any other genre when the time is right. Try chowing down on a Royale with Cheese while the finale of Don Giovanni rings out across the drive-thru - it ain't gonna work.