The Duchess of Cambridge went to Hamburg and conducted the opening of Beethoven Symphony No.5 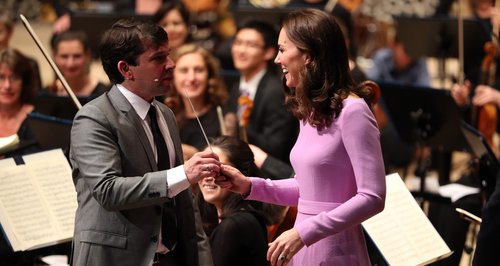 The Hamburg Philharmonic State Orchestra is usually conducted by Kent Nagano, but for this special rehearsal they let Kate take over the podium

As part of a royal trip to Germany the Duke and Duchess of Cambridge were given a tour of Hamburg’s impressive new concert hall, the Elbphilharmonie.

As part of the tour, the Duchess of Cambridge, who played the flute at school, was given the baton to conduct the opening of Beethoven’s Fifth Symphony – one of the most famous beginnings in classical music with its iconic four crashing chords.

Watch The Duchess have a go at conducting the @Phil_Hamburg orchestra at @elbphilharmonie  pic.twitter.com/mLkXxJ22x7

The royal couple also joined 250 school children to enjoy a performance of the symphony that had been specially adapted for young people. 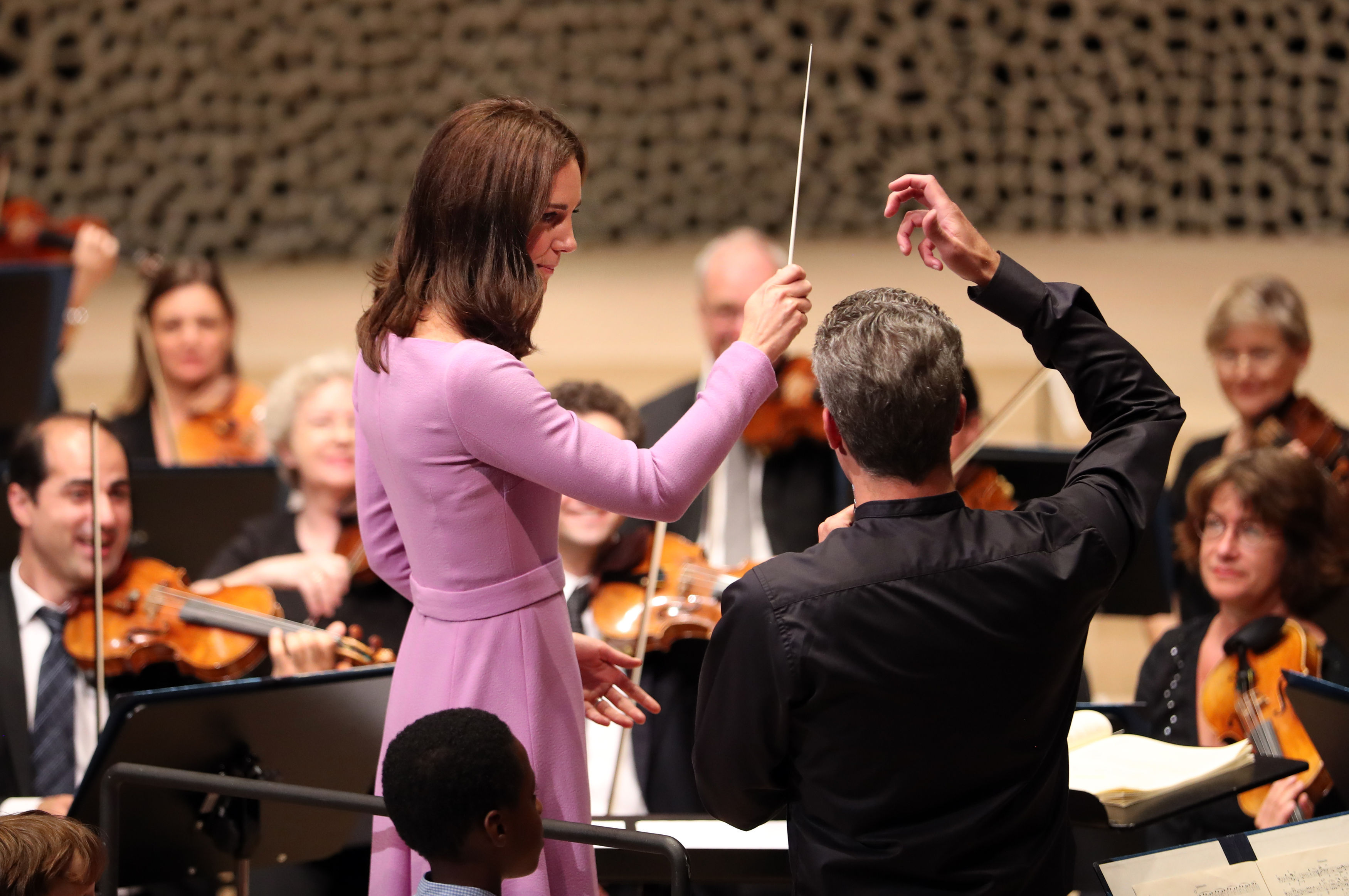 Kate and William also greeted fans outside the concert hall before meeting members of the public inside the iconic building.

The Elbphilharmonie was opened in January this year and cost over €800m to build.