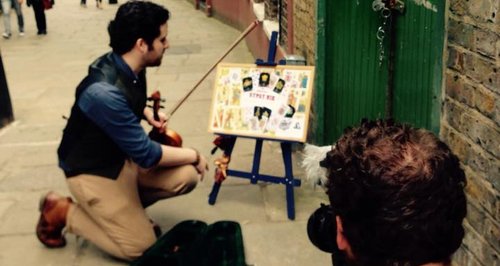 Nik Jovčić-Sas, who regularly plays traditional music from Serbia, Romania and Bulgaria on the streets of Bath, says he’s been heckled since the Brexit referendum.

The 25-year-old violinist, who grew up in Midsomer Norton and first performed in the city aged 13. He told the Bath Chronicle: “Since the Brexit vote I have noticed there’s been a change in attitude amongst the public and the buskers themselves.”

“There’s been a few incidents where I have been heckled for playing gypsy and Eastern European music. When people ask why do I play that music and I say it’s because I’m from Serbia, I can tell they treat me differently.

“Busking is how I make my living at the moment and some days I feel worried to go out.” 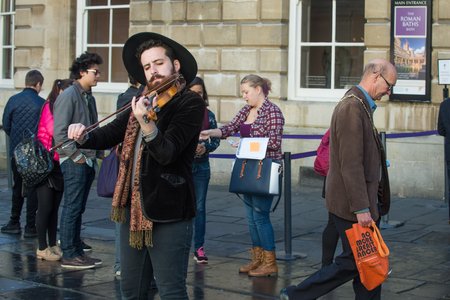 He told the paper a fellow busker, from Moldova, was told “You should go back to your country” by a member of the public.

“Since the Brexit vote I have noticed there’s been a change in attitude amongst the public and the buskers themselves,” said Nik.

“I’ve always known Bath as a city open to the world, and it makes me sad and angry to see that sort of hate in our streets.”

Writing on Facebook he said: “What I feel, and have seen since is that Brexit has emboldened people, and given legitimacy to the idea that we are essentially alien parasites draining the British nation.”