“Brexit won’t make the lives of British musicians any easier. It will isolate a lot of them and create logistical and financial barriers,” the Estonian maestro told Classic FM.

Paavo Järvi is the Estonian conductor and long-time Music Director of the Deutsche Kammerphilharmonie Bremen.

Last week, he conducted the orchestra in a performance of Brahms’ German Requiem, which they played in the same place in which it was premiered 150 years earlier as part of their five year-long Brahms series.

After the concert, Järvi spoke to Classic FM about the potential impact of Brexit on British musicians and music institutions.

“I know a lot of British musicians, and I do a lot of work with the Philharmonia Orchestra in London, who are fantastic. I am a bit sceptical and worried,” he said.

“It won’t make the lives of British musicians any easier, and it will certainly isolate a lot of them and create logistic and financial barriers.” 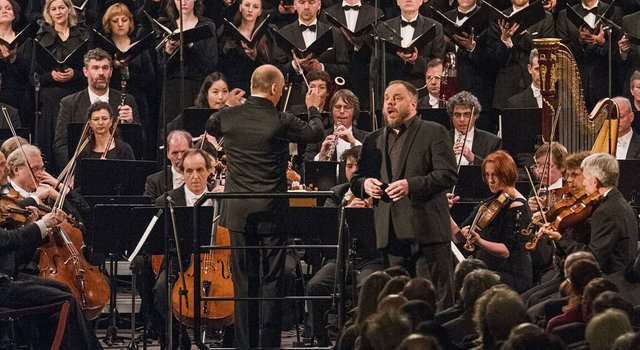 What impact will Brexit have on British music institutions?

“I think a lot of people who would have wanted to come and study music in England will not be able to do so, and they’ll choose to go somewhere else – and students from places like Eastern Europe will no longer look at London as a ‘Mecca’ for studying music.

“It will have a very serious, negative impact. Musicians are all brothers – whether you’re in an orchestra in London or Paris, Birmingham or Lille.

“But some clever opportunists have hijacked the whole country, without thinking about consequences.”

Will Brexit impact your orchestra, the Deutsche Kammerphilharmonie Bremen?

“Yes. Our principal clarinettist is British, and it’s a very serious issue, because he might not be able to work here anymore. Somehow we’ll have to find a solution to keep him, because he’s fantastic.

“But these issues in today’s world shouldn’t be happening. We have evolved as humans enough to not create these unnecessary bureaucratic barriers.”