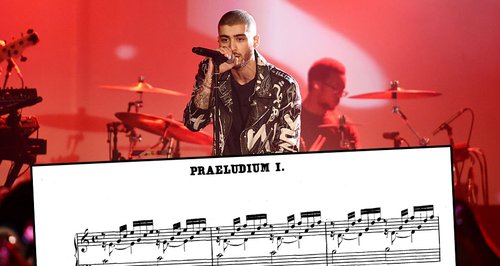 Classic FM have released the top 25 hits from the last 25 years that sample classical music. Explore the list below!

To celebrate our 25th birthday, we thought we'd see just how many pop songs from the last 25 years are directly influenced by classical mucis. It turns out there are rather a lot, so we're releasing this list of the biggest-selling tracks from each year to feautre a classical music sample.

Our very own John Suchet said: "This list of hits from the past 25 years is so fantastic because it confirms just how relevant classical music is to our lives.  We are on a mission to make classical music accessible to everyone, regardless of age or background."

"A quarter of a century on from our launch, we’re dedicated to breaking down the barriers around classical music and broadening its appeal. These 25 hits reinforce how inspiring and important classical music is to music today."

We also spoke to Professor Green about it, and he had this to say: "The world of rap has huge respect for classical music.  Myself along with lots of contemporary artists recognise the value and the importance classical music has on our music making and it has often played a big part in my song writing. It’s a real shame when people say that its outdated and not relevant to today’s music scene."

"The ability to evoke emotion and take a listener on a journey - to effectively tell a story without narration should speak enough about its importance."

2004: The Farm ‘All Together Now’ (Johann Pachelbel, Canon in D major)