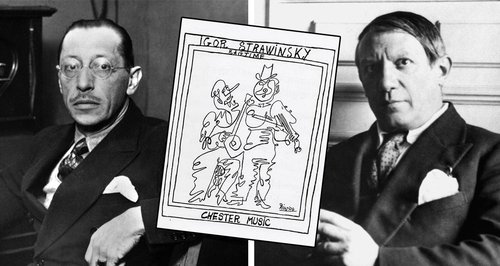 The story of two legendary figures of the 20th Century, and how they worked together.

In The Sunday Times, you'll find an interview with John Richardson, friend and biographer of Picasso, sheds new light on the great artist's life and work. But did you know that Picasso was great friends with one of the great musical pioneers of the 20th century?

They were both pioneers within their own movements, but Picasso and Stravinsky tend to be most famous for their pre-war output, (think The Firebird, and Guernica) and their wartime and post-war work is often less discussed.

They became friends in Italy just before the First World War in 1917, brought together by Sergei Diaghilev, the savvy impresario of the Ballet Russes who was toying with the idea of commissioning a ballet. The two men immediately hit it off and spent a great deal of time immersing themselves in the popular culture of Rome and Naples.

There were also several rowdy nights out, and the two were even arrested for drunken behaviour… 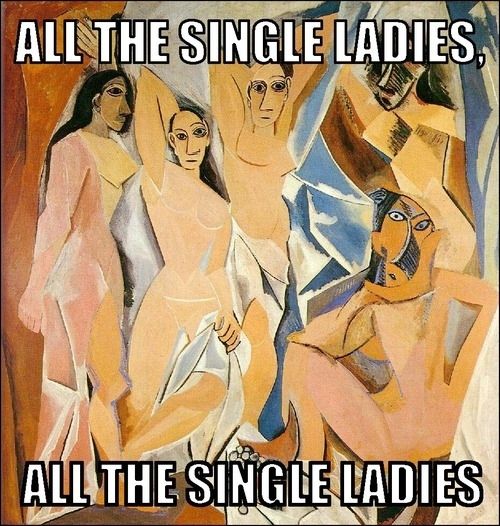 Picasso, ever the ladies’ man, was also impressed with the women of Naples. Stravinsky later spoke demurely about his ‘fond memories of his walks (with Picasso) and impressions of Naples’; Picasso managed to sum up the same experience in five words; ‘les demoiselles ont quatre bras’ - ‘the women have four arms'.

Stravinsky and Picasso continued their friendship by exchanging small pieces of art by mail. Stravinsky wrote a five bar sketch of clarinet music for Picasso on a hotel telegram, in a clear effort to capture the essence of his friend’s Cubism. He used complicated rhythms, and also turned the telegram on its side so that the horizontal lines became vertical. This presented a new and surprising perspective on the familiar object whilst also physically cutting through his music. The piece, though barely a piece at all, explores Cubist ideas in a musical context.

Picasso responded with three drawings of Stravinsky, including this one which was mistaken for a secret military plan by guards at the Swiss border, and very nearly confiscated. 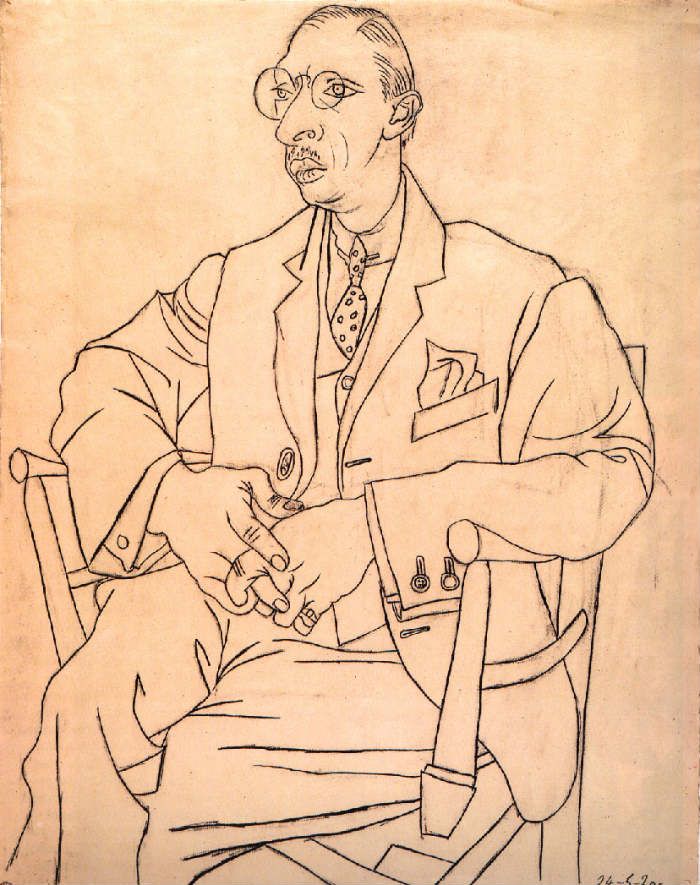 The first real collaboration between Picasso and Stravinsky was ‘Ragtime’. Picasso’s cover art uses one continuous line which loops around into the figures of two musicians, whilst also cutting into and through their silhouettes. Stravinsky’s music is also full of movement - assimilating the ‘ragtime’ flavour, and he disrupts the traditional frame of the music with complicated additive rhythms and heavy use of dotted notes and triplets.

Both the music and the drawing are full of movement; you imagine that Picasso drew the sketch in one fluid motion. If you look closely at the heads of the two musicians you can almost see a complete treble clef and a pair of barred quavers, signs that Picasso was integrating Stravinsky’s symbols with his own. 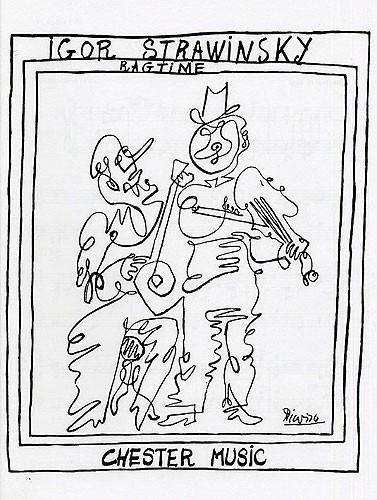 Two years later, Diaghilev eventually commissioned his ballet, Pulcinella. By this time the two maestri had already been exchanging art for several years, and it was their collaboration on Ragtime which laid the foundations for their artistic work as a pair.