All these composers did their best work late in their careers 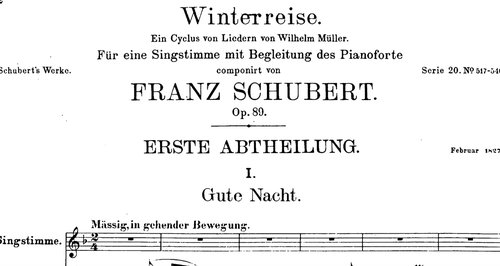 Elgar, Schubert, Beethoven and more: they saved their greatest works for last.

In The Sunday Times, it's the return of Goldie Hawn - an in-depth interview with the movie star who took 15 years out of her career, but is now back with a vengeance and producing some of her best work. You know what? She's not the only one who was still knocking out the classics later on in their career...

The vocation of ‘composer’ is an unusual one - it’s one of the only career choices where being on your deathbed might actually benefit your work. One hallmark of the greatest composers of all time was their ability to turn the most profound human experience into beautiful music. No matter how wretched their lives became, every hardship was grist for the mill.

Haydn was well known for being a tirelessly cheerful man, and it’s commonly thought that he poured all this vitality into his epic oratorio ‘The Creation’, and never quite recovered.This isn’t completely true; people often overlook the final oratorio he wrote,‘The Seasons’, which is another work full of vibrant colours and joyful description.

As his body failed him, Beethoven’s music reached for ever further extremes; from the very complex to the very simple, exploring deep spirituality and roaring comedy, from the sublime to the frankly ridiculous. Beethoven’s last works became more and more avant-garde, and the culmination of this was his notorious Grosse fugue, (Great Fugue), the original finale of the Op. 130 String Quartet, played here by the Busch String Quartet:

Due to his hearing loss, Beethoven didn’t attend its premiere, but sat in an ale house waiting for news. When his friends brought the news that the piece had not been well received, Beethoven launched into an angry tirade against the sensibilities of the audience, calling them ‘cattle!’ and ‘asses!’ It was only later in the 20th century that players and audiences were really ready to contend with it.

Pergolesi died from what was probably tuberculosis at the age of just 26, shortly after completing one of his most famous works, his Stabat Mater for soprano and alto soloists. He achieved little recognition during his lifetime, yet the work remains one of the most commonly performed settings of the text in existence.

From his mid-twenties, Schubert was well aware that his time on this earth was limited. His body was wracked by the second stage of Syphilis, and as the disease progressed over his final four years of life, he wrote furiously - never knowing which day would be his last.The music of his final year stand alone in terms of quality, and has a tremendous quality of triumph in the face of adversity.The second book of his song cycle Winterreise, (finished shortly before his death and published posthumously), contains the most desolate images, particularly of the bare-footed organ-grinder with a fixed grimace in Die Leiermann, (The Hurdy-Gurdy Man):

Bela Bartók was fading fast from Leukaemia whilst writing the end of his third piano concerto. He wrote the piece for his wife Ditta, who was also a concert pianist, and was orchestrating the last 17 bars when the ambulance arrived.When he arrived at the hospital he said to his doctor that ‘he was only sorry to be going with his luggage full’. His wife could never bear to play it.

Strauss did not write his four last songs with the intention of them being his swan songs, nor did he necessarily intend them to be published as a set. Nevertheless; three of the four are about death, though rather than an anguished and terrifying glimpse of mortality, Strauss presents us with a vision which is full of acceptance and completion.

For several of the greatest composers in history, their final works developed a different perspective, as they stared into the void and wrote what they saw into their music. In this kind of job, if you’ve got to die sometime, you might as well get a couple of good pieces out of it!