Is Adele actually a good singer? 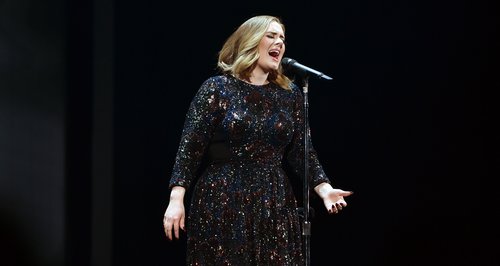 It’s all about control, poise, power and drama - but is Adele’s voice any cop?

Her public adore her, critics idolise her: Adele is hailed as the ‘voice of a generation’ for her power, emotion and sheer vocal strength. She sits comfortably within the pop/soul genre, but with a raw instrument like that you can’t help wondering if it's actually, y'know... technically good?

Adele has a huge voice. Although she’s not a great technician, nobody will disagree with the fact that she’s an amazing powerhouse of a singer. If she had been trained in opera there’s no doubt she would have projected over an orchestra without the need for amplification. Rich, deep and full of colour, she can belt right up to an E5 (the E in the octave above middle C).

Adele’s range is not the most impressive weapon in her arsenal, (Mariah Carey, Whitney Houston and Bruno Mars all have wider documented vocal ranges). What sets her voice apart is the masterful manipulation of timbre and colour which she uses to express the text she sings. She easily slips into the roles of scornful ex ('Rolling In The Deep'), heartbroken lover ('Someone Like You') and repentant ex-girlfriend ('Hello'):

Even in opera, gruff growls and shrieks which are not technically perfect are prized if they add the right character and emotion to the music. Listen to the breadth of different colours Maria Callas achieves in this final aria of Rossini's La Cenerentola:

Could Adele be an opera singer?

The opera world classifies singers using the Fach system, which describes the voice and the different roles which might suit it, almost like describing wines as red or white, dry, semi-dry or sweet. A light high voice might be more traditionally suited to playing a princess, or a low contralto a widow.

Many people hear her low notes and instantly assume that she must be a contralto - but don’t be deceived. She actually produces these signature growls using quite a tense chest mix, her voice really comes into its own as she moves up in her register, becoming most clear between C4 (middle C) to C5.

When you also consider her warm, rich tone, it’s most likely that she’s a lyric mezzo-soprano. This Fach is described as strong, flexible and lachrymose, and is suited to roles such as Cherubino in Mozart's The Marriage Of Figaro, and Nancy in Britten's Albert Herring:

One thing which separates opera singers from singers in other genres is their athletic ability and stamina. Adele already has a world-class instrument, and as her technique and her stamina improve she looks set to become one of the defining voices of our era.

So yes, she is actually a good singer - characterful, emotional and powerful. There are gaps in technique and she's had well-documented medical issues surrounding her vocal cords (thanks to oversinging, the curse of many a popular artist), but at its root, it's an instrument that conveys in spectacular fashion.