This image appears in the gallery:
Schools Prom Monday 10 November 2014: the Performance 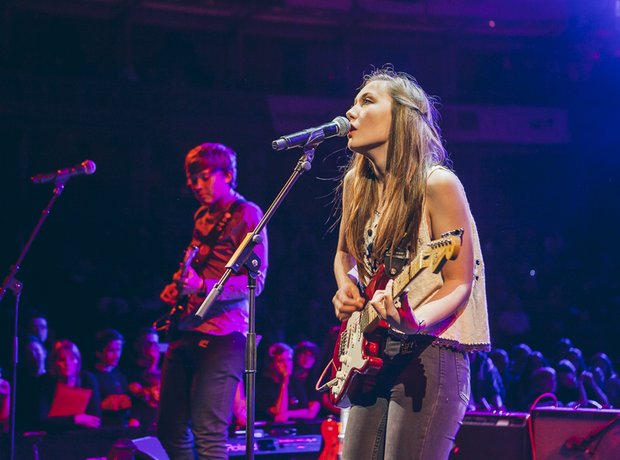 Amber Scott takes to the stage at the Royal Albert Hall, opening tonight's performance. She started out writing and performing her material by herself - but soon formed a band, who tonight perform two of Amber's original compositions, Metaphorical Monster, the band’s first song, and Horror Story. Picture: Richard Johnson