This image appears in the gallery:
Schools Prom Tuesday 13th: The Performances 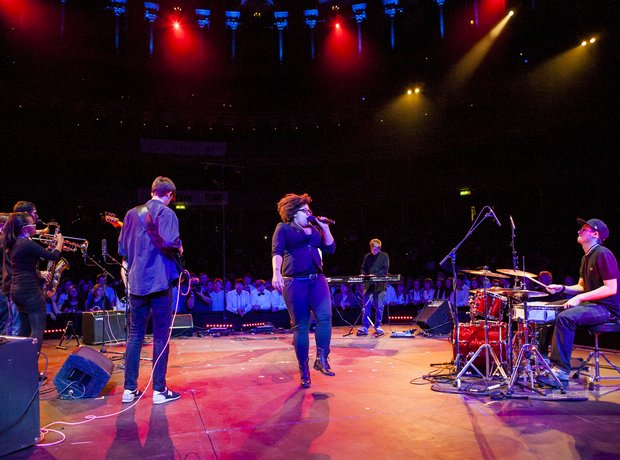 Mammoth Sound are a London based band supported by CM, one of London's leading youth music organisations. The band started back in 2009 as a three piece, playing covers before beginning to write their own music more frequently. They have gradually grown into six piece band and are mostly East London based. Photo: Richard Johnson