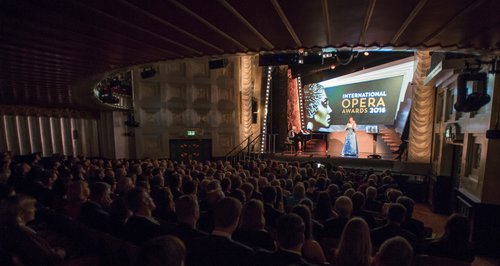 The chorus of troubled opera company, English National Opera, has been named best chorus at the International Opera Awards 2016 while Mariella Devia and Gregory Kunde were named best female and male singers

English National Opera’s chorus, which recently cancelled a strike at the 11th hour over job losses and pay cuts, was nominated alongside the choruses of Glyndebourne, Komische Opera, the Metropolitan Opera, MusicAeterna and Opera Vlaanderen.

Mariella Devia fought off competition from the likes of Anna Netrebko and Anna Bonitatibus to win the Female Singer category. While tenor Gregory Kunde, who appears in the Royal Opera House’s production of Verdi's Il trovatore this summer, won the Male Singer award.

Soprano Ermonela Jaho, who recently received glowing reviews for her starring role in Suor Angelica at the Royal Opera House, won the Readers’ Award, voted for by the public.

The iconic mezzo-sropano Brigitte Fassbaender was given a Lifetime Achievement Award. Following the ceremony she said: “Without opera, life would be boring.”