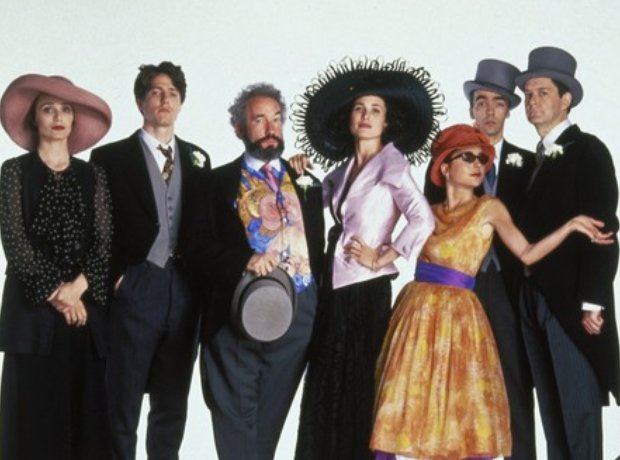 A big screen breakthrough for Curtis. Starring Hugh Grant and Andie MacDowell, Four Weddings was produced on a limited budget but went on to be the biggest grossing British film in history at that time. Curtis won an Oscar nomination for the script. The distinguished British composer Sir Richard Rodney Bennett provided the score.