This image appears in the gallery:
Johnny Depp at 50 - in pictures and music 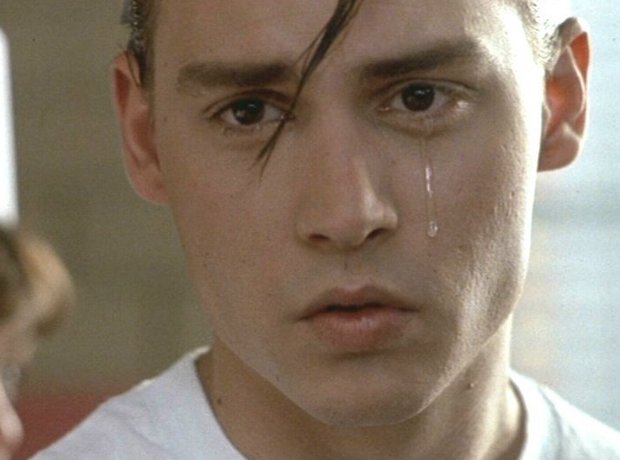 Depp’s first major role was in the 1990 comedy musical, Cry Baby, directed by John ‘Hairspray’ Waters. To cast the role of the eponymous hero, Waters bought himself a bunch of teen magazines, and noticed all of them had Depp on the cover - he was appearing in the TV crime show 21 Jump Street at the time. Despite being a good singer, Depp didn’t however provide his own singing vocals for Cry Baby. His character was dubbed by a Californian Rockabilly musician.

See the full gallery: Johnny Depp at 50 - in pictures and music