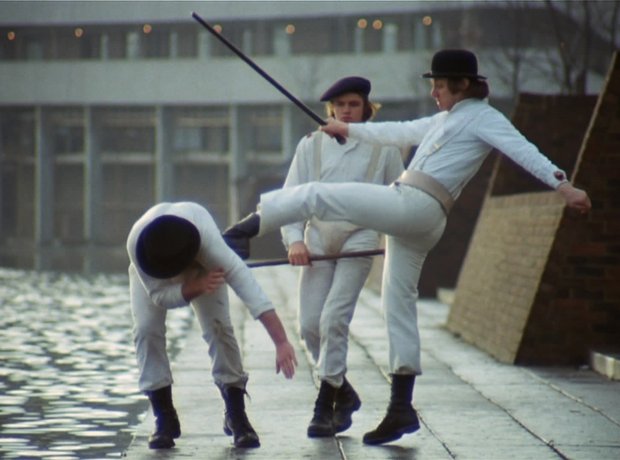 The 1962 novella A Clockwork Orange by Anthony Burgess was given the Stanley Kubrick treatment, which stayed relatively faithful to the original, apart from missing out on the optimistic final chapter. Alexander Armstrongs says, "Another difference is that in the novella, Alex is conditioned against all music after undergoing treatment for his criminal behaviour, but in the film he is only conditioned against the Ninth Symphony by his favourite composer, Beethoven."