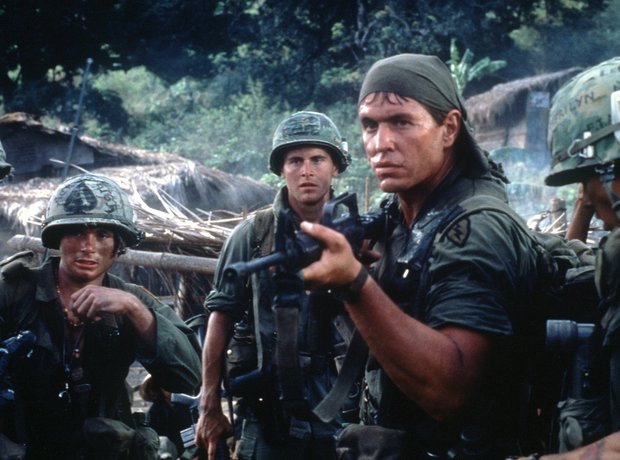 Samuel Barber's Adagio for Strings - originally arranged in 1938 - is Barber's most popular piece, to the point where he is known almost exclusively for it, at least among the general public. But it was only when Oliver Stone reused it to renewed and dramatic effect in Platoon that it was brought to a mass audience. The incredible slow-mo images of the torching of a Vietnamese village and Willem Dafoe running from a hail of gun-fire gave Adagio for Strings an entirely new relevance, with Barber's violins echoing the screams of lost souls and the brutality of war.