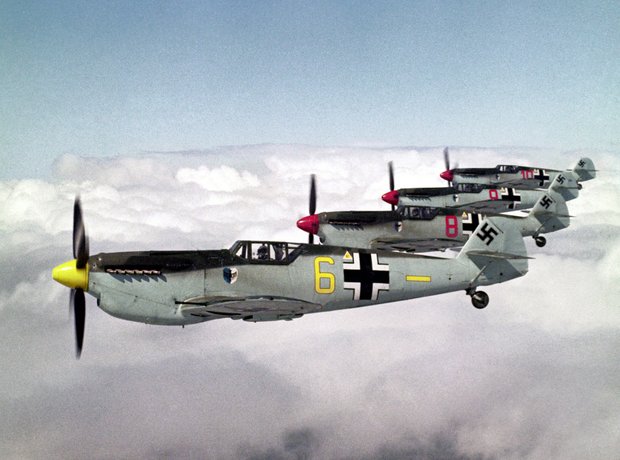 This is a film of two scores. The first, written by William Walton and conducted by Malcolm Arnold was deemed too short by the studio United Artists, so Ron Goodwin was brought in to beef it up. Producer S. Benjamin Fisz and actor Sir Laurence Olivier protested this decision, and Olivier even threatened to take his name from the credits. Despite this, it is Goodwin's score that has endured "Aces High March" becoming a popular choice at military parades in Britain.