The world of Renaissance and Baroque music can be a bit baffling – so we asked an expert to name his five favourite pieces from the period, from Purcell to Bach.

David Peter Bates is the founder and artistic director of La Nuova Musica, an ensemble that specialises in performing music from the Renaissance and Baroque eras. So it’s fair to say that he knows his early choral onions. Here they are (with David pictured in the centre): 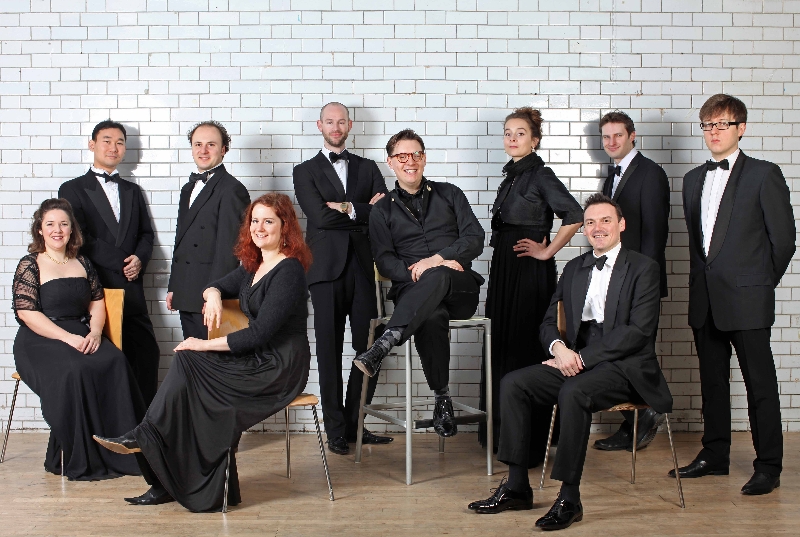 And here are the best Baroque and Renaissance choral works, as chosen by David himself:

The opening chorus, ‘Domine ad adjuvandum me festina’, uses the same fanfare as he uses in his opera Orfeo (watch from 2.30 in the video below).

The whole effect is totally arresting, it hits you between the eyes. It’s a visceral impact, there’s nothing clever about it, it’s very very straight-forward and in-your-face.

I’m working on a programme of funeral music by Schütz and Purcell – Schütz’s piece is full of joy and anticipation, it’s about having worked really hard in this world and being released into bliss in heaven.

Purcell’s Hear My Prayer on the other hand is the complete opposite, it’s full of fear of the unknown and bitterness, resentment and upset. And I think it paints the national psyche very well – the idea of being terrified of the unknown and what’s on the other side. It’s full of these tortured, windy chromatic figures that just to my mind, paint fear, desperation that the ‘hear my prayer’ petition is answered.

This oratorio by Giacomo Carissimi is from around 1650 and is about a father telling his daughter he’s got to sacrifice her for God. It’s a very hard concept for any of us to get our heads round, but that’s what happens.

During the last chorus in this piece, called ‘Plorate filli Israel’ (‘Weep all ye daughters of Israel’), she goes up into the mountains to be sacrificed and her friends, family and onlookers are saying “this is ridiculous, this is so unjust, this is agony”.

It’s full of taut suspensions and lines and it requires really passionate singing from everyone. It uses dense harmony to paint the weeping of this community for a young girl who’s about to be sacrificed. It’s pretty full-on, but that’s the reason I set up a Baroque group in the first place – to go to that emotional place with my singers and players. Baroque music is all about contrast and drama.

This chorus encapsulates complete ecstasy, it’s a celebration – we actually sang it at a friend’s wedding recently.

In all his operas and oratorios, Handel really seeks out and paints in music and words the most sincere emotions, the core emotions of all his characters.

Bach’s B Minor Mass is the most divine, amazing creation of Western music that we have. It’s the biggest and the best, I think, it’s a musical representation of a request for peace, within ourselves and collectively.

This is the best of all, I think. The 'Dona Nobis Pacem' comes at the end of from Bach’s B minor Mass, his huge choral and orchestral tour de force. He uses it halfway through the piece as well but somehow at the end of the piece it completely encapsulates the desire for everyone to be nice to each other, frankly.

Conducting the B Minor Mass, I feel an incredible weight on my shoulders to get it right. And I don’t know whether I have got it right yet, it’s a life’s work. It’s the most rigorous and demanding of all the choral repertoire – the most demanding piece of all time actually.

David Peter Bates conducts Handel's 'Acis and Galatea' at Saint John's Smith Square on 2 November at 7.30pm. The concert will also be scented by two perfumes specially created for the performance by Sarah McCartney.