This image appears in the gallery:
Musicians in battle: pictures of the brave and the bold 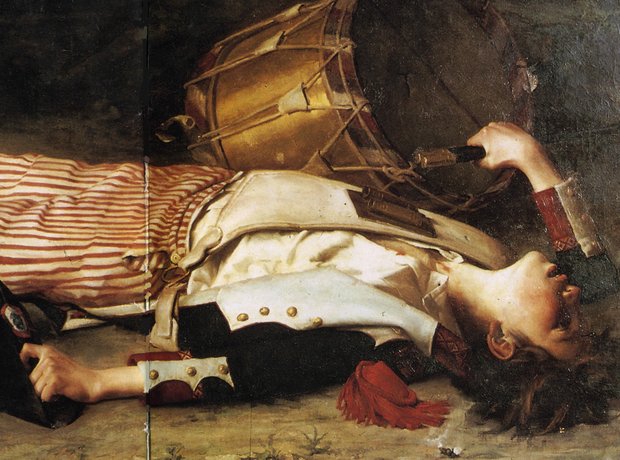 During the French Revolution, this famous 13-year-old attached himself as a drummer to a unit fighting pro-Royalist counter revolutionaries. He died protecting the two horses he was leading and became a martyr-hero, immortalised here by Moreau-Vauthier (1857-1924).

See the full gallery: Musicians in battle: pictures of the brave and the bold