A reasoned explanation of why ‘Despacito’ has sent everyone completely insane 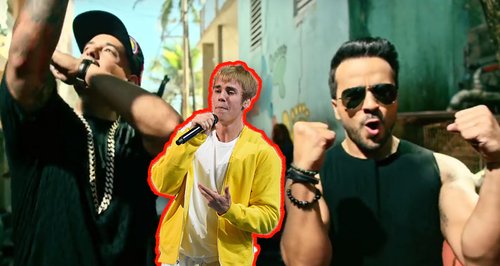 It turns out not everyone loves ‘Despacito’ - but we think we know why. All it takes is a little bit of music theory...

All manner of critiques of the monster hit ‘Despacito’ have been posted since the song went certifiably viral. It is, as they say, the inescapable sound of the summer. So what? There’s one every year, isn’t there? From Daft Punk’s ‘Get Lucky’ to Delius’ ‘On Hearing The First Cuckoo in Spring’ (only slightly kidding), the summer needs an anthem. This year, it’s Luis Fonsi and Daddy Yankee (and Justin Bieber) and their paean to “surpassing your danger zones”.

Musically it is almost unbelievably simple
Simple and, therefore, highly coverable. Cover versions of the song have appeared in every conceivable genre (naturally we’ve been only too excited about the classical ones), no doubt helped by the song’s inherent simplicity. If you know four chords on the guitar, you can play this song.

Witness the miraculous ways in which it has been covered:

You’ll notice that in each of these covers, it’s the melody that people latch onto the most. The chords propping up the song are so simple (B minor - G - D - A), found countless times across pop’s history, so much so that you can pretty much assume the audience will fill in the gaps without actually hearing the notes, allowing the melody to basically do whatever it wants (within reason).

A lot of people hate it
Unlike a lot of summer hits, ‘Despacito’ seems to have angered nearly as many people as it has delighted. The official video for the song on YouTube currently shows almost 500,000 clicks of the ‘dislike’ button, and the comments below are a heady mix of the irrelevant, the incomprehensible, acolyte-ish praise and bewilderment that anyone could find it listenable. It’s this last category of response that is the most interesting - those who find the song intolerable have only made it more popular with their disgust.

This has been true for a long time. Many of the most popular pieces in history have, at some point in their lives, been absolutely set upon by critics or the public. Obvious examples include Stravinsky’s Rite of Spring (caused a riot), Rachmaninov’s Symphony No. 1 (pilloried in the press), La Boheme (complete audience indifference) and many more all got slammed in one way or another, but they’ve endured. You may think it’s a bit of a stretch to equate some cumbia-inflected summer-themed pop like ’Despacito’ with one of the great classical works of the last few centuries, but the principle remains the same - divide your audience, and you guarantee exposure.

Justin Bieber probably helps too
Yes, his Spanish isn’t the greatest. But who cares? The Beethoven-loving prince of pop has our seal of approval (mostly), so we’re happy to see him here. His vocals have, broadly speaking, greatly improved over the years and is now at its most characterful. Of course, he doesn’t have to do much - that simplistic chord structure allows him to basically talk tunefully (there’s barely a note longer than a single crotchet in the whole vocal line) and disrupt nothing of the song’s integrity.

But why are people divided?
It’s impossible to feel ‘meh’ about ‘Despacito’ - either you love it, or you physically cannot stand to hear it another time else you might just lob your radio into a nearby ravine. Here’s a theory: perhaps it’s because the song is the wrong length. If you hear 60 seconds of it, it’s great. You get a few iterations of the chord pattern, the chorus, the chatty verse, a bit of widdly Spanish guitar.

But three-and-a-half minutes is too much. That chord progression runs through a whopping 25 iterations in the song’s duration. It’s safe to say that it becomes a little annoying by the time you’ve correctly predicted what the melody’s going to do next 25 times in a row. This is most likely the reason it’s split opinion - if you’ve got the tolerance, or you only hear the second half of it on the radio, or come across a snippet online, then you’re fine. Repeated listens, however, will always be a test.