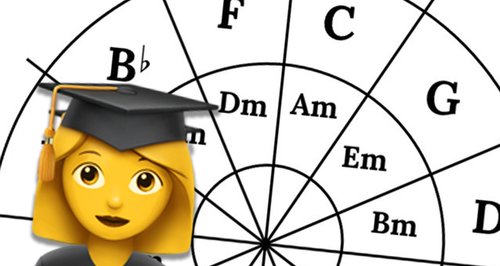 It’s on the wall of every music room in the country, but it can be quite daunting if you don’t know what you’re looking at. But don’t panic - the Circle of Fifths is as elegant and beautiful as the musical relationships it describes.

Where did it come from?

It all started out (probably) with Pythagoras in 600BC. The story goes: he had been experimenting with different lengths of vibrating string and had discovered the relationships between pitch frequencies. He’d also defined exactly what an octave was, and divided it up into twelve half-steps. This became known as the Pythagorean Circle.

The Pythagorean Circle was the grandaddy of the Circle of Fifths. Different revisions and improvements were made by Nikolay Diletsky in the 1670s, and Johann David Heinichen in 1728, until finally we reached the version we have today. 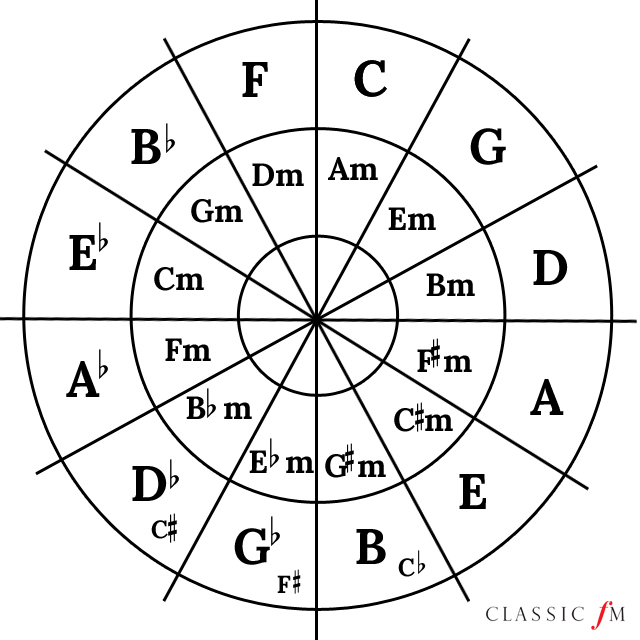 What does it show?

There’s a tonne of information packed into the Circle of Fifths, but it principally shows a map of keys. Starting at the top in C major and moving clockwise, the adjacent keys are the most similar to each other; the only difference between C major and G major is the addition of an F sharp, and to get to the next key, D major, you just add a C sharp.

As you go round the circle clockwise you keep adding sharps, until you get to C sharp major, which has a whopping seven sharps.

The Circle of Fifths also has a nifty way to tell you exactly which those accidentals are:

Finally, nestled snugly inside the major circle you find the relative minor keys - which have all the same accidentals as their major counterparts.

Read more: Why is a CD 74 minutes long? It's because of Beethoven >

Sure, so how am I going to win my Grammy?

Well, you can use the Circle of Fifths to figure out a chord progression in any key, and then take this knowledge and create your own chord progressions by experimenting with different patterns.

But the straight-up coolest thing about the Circle of Fifths is this.

The layout groups the six diatonic chords of each key together in one area. Which means you can make up a song immediately in any key just by looking at the chart. Let’s choose the key of A major: 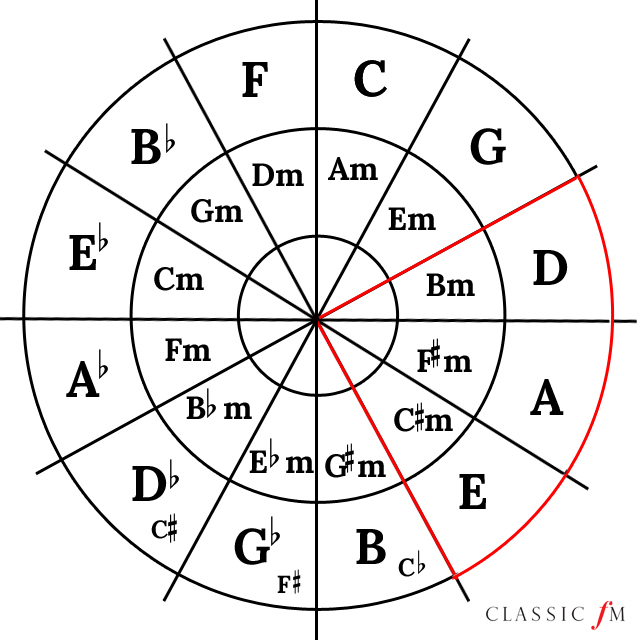 Let’s centre our focus around A major. Because of how the circle is arranged, Chord V (E) and Chord IV (D) can be found immediately to either side. So far so good.

The other three diatonic chords in the key are also right there in the smaller ‘relative minor’ circle:

And it really works! If you don’t believe us, just watch from 04:20 when this dude improvises a song immediately, using just a circle of fifths which he has tattooed on his right forearm...

It’s pretty easy to become familiar with the Circle of Fifths, and there's a high resolution version of the circle right here, on ledgernote.com.

If it’s theory knowledge you’re after, this wonderful little wheel is about to become your best friend.