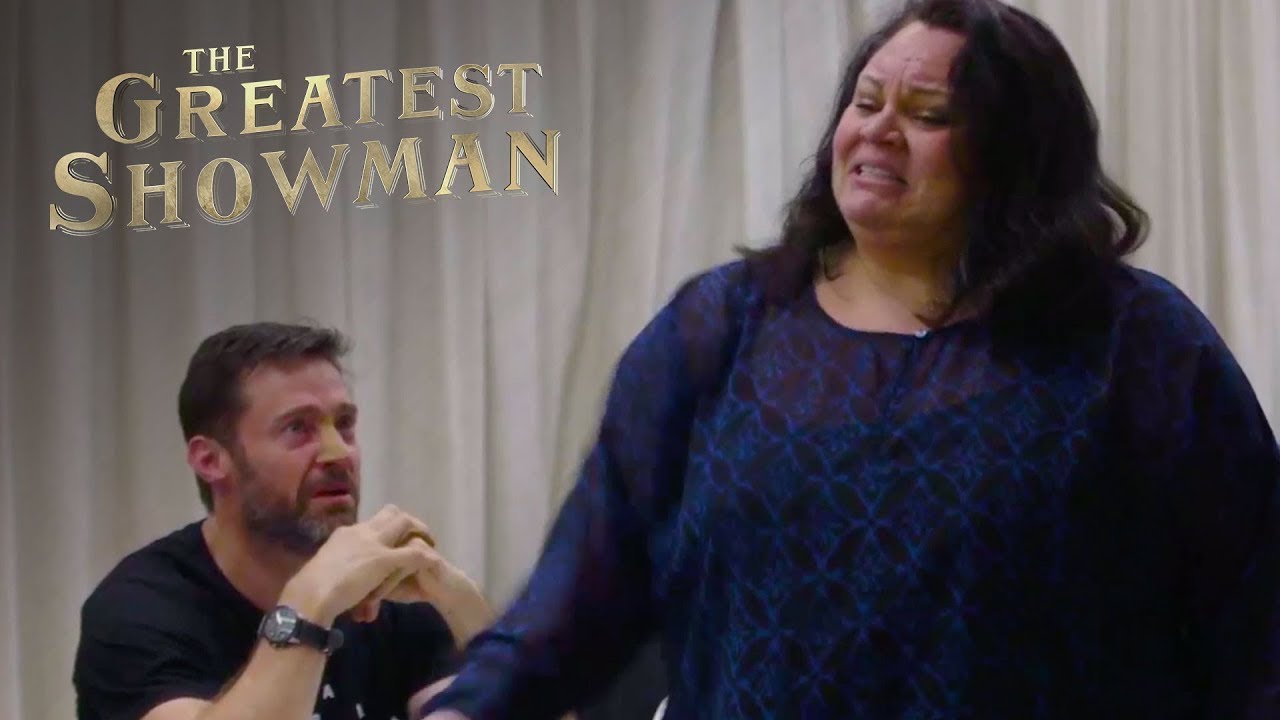 ‘The Greatest Showman’ tells the story of 19th-century showman P.T. Barnum and his circus of human marvels – but it’s the film’s soundtrack which has caught the attention of audiences and music critics. Here’s a look at the musical tricks deployed by the film’s power ballad-cum-2018 anthem, ‘This is Me’.

About halfway through the film **spoilers klaxon**, P.T. Barnum, played by Hugh Jackman, has just found an amazing new singer whose talent has helped him to gain favour with the upper classes. So he abandons his circus performers. Yeah, he’s not super nice at this point.

The performers are feeling pretty miserable that their careers are probably over. But then, they decide to stand up for themselves and fight back against the local mobs who continue to torment them.

It’s a moment that captures the journey of the cast from unloved “human oddities” to stars of the stage. It’s the perfect moment for an anthem of self-acceptance – and bit of character development for the Bearded Lady.

It’s the emotional heart of the film. Here’s exactly what makes it so important.

The story goes that the real Bearded Lady, Annie Jones from Virginia, joined Barnum’s exhibition when she was around a year old (reports vary on her exact age) and her parents were paid a weekly salary of $150. By the time she was five she had sideburns and a moustache.

Keala Settle told The LA Times why this song was something she was particularly excited to perform: “One of the main reasons I wanted to do it was the words were hitting way too close to home. In rehearsals, on set, in the studio, I may have gotten through it twice without crying because it affects me in such a strong way.

“One of the biggest gifts that Justin and Benj, and Michael and Fox, and Hugh Jackman, of course, could have given me was this film, because it’s helping me heal myself.”

It’s an ‘I Am Becoming’ song

Here are some of lyrics:

“When the sharpest words wanna cut me down / I’m gonna send a flood, gonna drown them out.”

She’s accepting herself for who she is, and embracing her journey towards becoming the person she wants to be.

Sound like a familiar message? Oh hey there, Frozen...

Long gone are the days when a song could just be a ‘filler’ in a musical spectacle. Since Rodgers and Hammerstein revolutionised the musical with Oklahoma! in 1943, each song has to act as a driving agent to a musical’s plot, or, as with ‘This is Me’ and ‘Let It Go’, to a character’s development.

The chorus is really catchy

The anthem uses the common verse, bridge, chorus structure, which pop songs have been employing since the 1960s.

The reason this structure is so popular is it puts the focus on the chorus. So when the choir comes in for the final time with “When the sharpest words wanna cut me down” in a joyous D-major explosion, echoed by Keala ad-libbing over the top, it feels super satisfying.

The orchestration is immense

There’s one thing that every power ballad has (besides an awesome chorus). And that’s a huge crescendo from piano to forte, followed by a brief diminuendo before the final chorus.

But pay attention to the orchestration, too. The track starts with a piano and some light strings, then a synth joins in (we’re back to those pop influences again), before introducing a choir, full orchestra and a band. By the end of the song, it feels like you’re fully submerged in the band pit of a Broadway show.

The vocals are phenomenal

Keala’s voice is perfect for ‘This is Me’. Her vocals are painfully vulnerable in the first verse, then as soon as she reaches the first ‘this is me’, she’s gutsy and determined, spitting out each lyric. This is the sort of singing that’s guaranteed to bring on the goosebumps.

Now here’s the final recording in all its glory.

‘This is Me’ won a Golden Globe for Best Original Song, making it the second consecutive win for songwriting duo Benj Pasek and Justin Paul, who won last year’s award for ‘City of Stars’ from 'La La Land'.