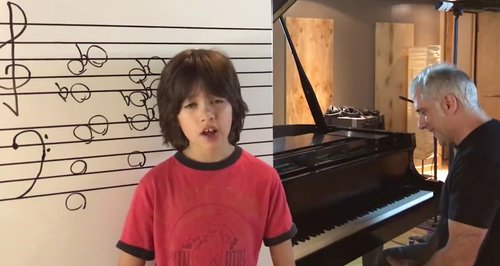 Dylan Beato has the most incredible musical ear, and he’s proved it in this video which shows him correctly naming the notes of hugely atonal chord.

Under the guidance of his dad Rick, 12-year-old Dylan Beato is basically owning the music theory community with no apparent effort whatsoever.

Watch Dylan correctly identify all the notes in some truly fiendish chords, beginning as mostly tonal but soon descending into distinctly atonal constructions.

Oh, and he can play pretty mean Bach invention:

Ever heard of Alice Mary Smith, the first known woman in Britain to have composed a symphony?

Behind Her Eyes on Netflix: what’s the piece of classical music I just heard?