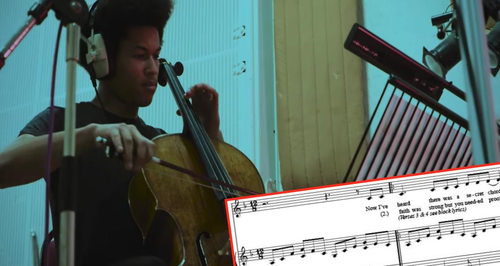 Last year's BAFTA Awards featured a powerful musical tribute to singer-songwriter Leonard Cohen and other stars of music, TV and film who we lost in 2016.

The track is featured alongside melodies from Fauré and Bloch on the 17 year-old's 2017 debut release. Here's a glimpse into the recording session at the famous Abbey Road Studios.

And if you need more cello versions of 'Hallelujah', check out this belter from Brooklyn Duo...