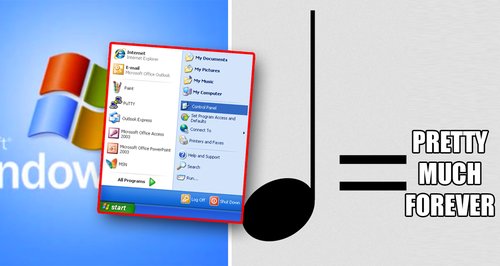 If you owned a PC back in 2001, chances are it came with Windows XP and, therefore, some iconic bing-bong noises.

Now, those bing-bong noises that signalled your computer starting up might be designed to get you in the right frame of mind for work, but an enterprising YouTuber has discovered a second, rather more transcendental use.

By slowing the sound down so that it lasts for a whopping 24 hours, Bob Pony has turned this most simple of jingles into a meditative, minimalist-drone epic.

FYI, the best bits are around 6 hours 47 minutes, when a cheeky major second becomes audible, and the whole period from about 9 hours in, when you’ll hear an imperceptible note and timbre shift for many, many minutes.